Alzheimer’s is considered a progressive disease. While medicine can’t stop the disease from progressing, it can slow the damage and help control the symptoms. This article discusses the rate of change. Being aware of the rate of progression can be a tool to understand how well the patient is. Certain symptoms can be a red flag. We ask: Is there slow or rapid progression of Alzheimer’s?

Understanding the Definition of Alzheimer’s

The National Institute on Aging defines Alzheimer’s as an “irreversible, progressive brain disorder…”. It is unfortunately, a challenging disease for a senior and for their loved ones. In everyday terms, what does the description mean for seniors with Alzheimer’s and those who care for them?

The Stages of Alzheimer’s

Alzheimer’s is a slowly progressing disease. It begins by affecting part of the brain and progresses, until the whole brain is affected. Since the brain is the instruction center for all of our activities, it means that eventually all of a person’s activities would be affected.

There are 5-7 medically recognized stages in Alzheimer’s:

Having a list helps to define the progress of the disease in stages, in order to manage the symptoms. There are many pharmacological and non-pharmacological interventions to help people with Alzheimer’s.

Progress of Alzheimer’s in Patients Generally

You can read examples of how each separate stage is seen in a senior who has Alzheimer’s on Alzheimer’s.net, an online support community. 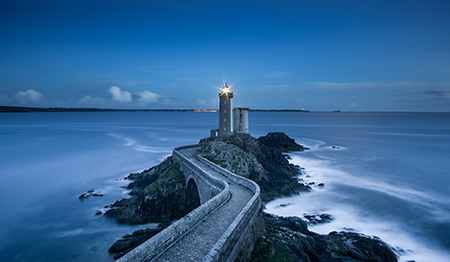 Dr. Jonathan Graff-Radford, at the Mayo Clinic explains that Alzheimer’s disease is one, that by its nature progresses slowly. There are individual factors that influence exactly how fast or slow it progresses:

If things seem to  speed up, in his words “a sudden decline”, it is a reason to contact the doctor. The doctor may be able to identify an external cause, other than the Alzheimer’s itself. That decline might be reversible, so it is worthwhile to act right away.

Some of the alternative causes could include:

Run of the mill infections can affect seniors harder.

A negative reaction to prescription medication

Be aware, especially if there is a new medicine or a new combination of prescription drugs. If the doctor identifies a problem drug, there may be an alternative.

Exhaustion or a sleep problem

Adjusting to a new location, a new carer, or a family member.

A blood test can show lack of essential nutrients, such as B12. A doctor or nutritionist can recommend supplements or dietary changes.

Sadness or depression can affect anybody. People with Alzheimer’s can’t always express how they are truly feeling or what they need. However at Alzheimer’s.net an enlightening article shows that the patient will have “an emotional memory” of a visit that cheers them up , even if cognitively, they cannot connect to the visitor.

Obviously, there are other specific medical conditions that a doctor would check for. Some methods include: blood tests or involving the neurologist, for example.

In the event of what seems to be rapidly progressing Alzheimer’s, the doctor has to decide which testing to recommend. In some cases, there may be a known medical response, such as different types of treatment.

Whether it is slow or rapid progression of Alzheimer’s, the patient is under surveillance in any case. The question is how well the family or carers notice the symptoms.

Wherever it is possible to “reduce or reverse” symptoms, action should be taken. The symptom could be seen as an opportunity. They are an alert to the family and carers, and enable them to take action.

Whether it is slow or rapid progression of Alzheimer’s, make sure to give a patient the best possible care. Care for a senior with Alzheimer’s can be at home, or in a top-notch rehabilitation and long-term care center. That at least will give the family peace of mind, that they are doing the best they can for their loved one.

Photo by William Bout on Unsplash