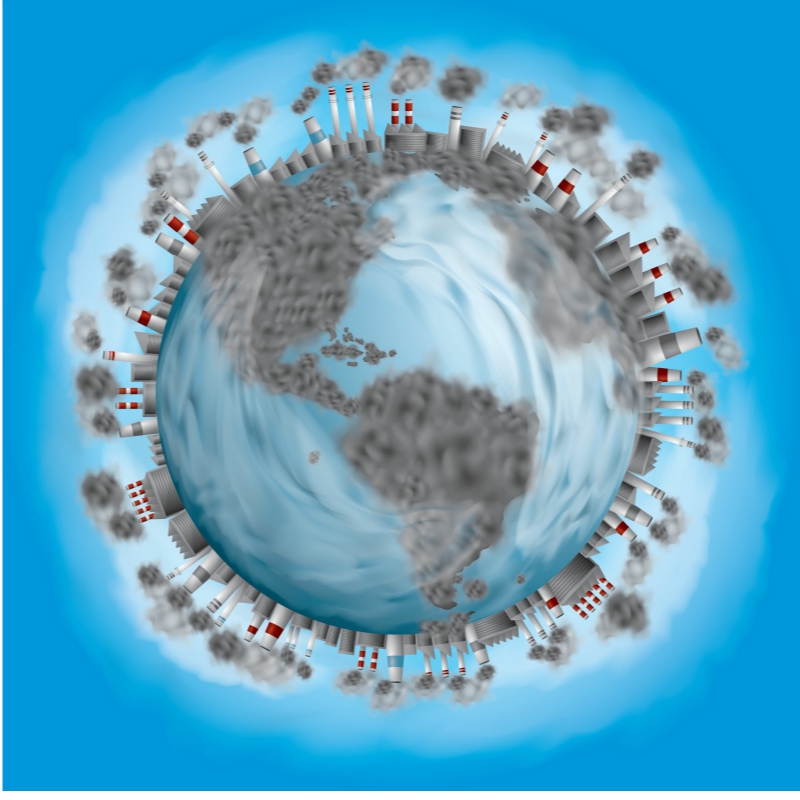 That air pollution contributes to a variety of lung diseases is no surprise. What is surprising is that there been very few systematic, scientific studies that investigated the effects of air pollution on lung ageing and lung damage. That has just changed.

Anna Hansell, a professor of Environmental Epidemiology in the Center for Environmental Health and Sustainability at the University of Leicester, UK, along with a group of colleagues, initiated a study of more than 300,000 people in order to determine the effects of air pollution on an individual’s lungs. The research team used data from the UK bio bank and analyzed the levels of pollution that each participant was exposed to using a well-known, accepted air pollution model.

The particular pollutants the researchers investigated were:

It should be noted that each of these pollutants is produced by the burning of fossil fuels.

All of the participants answered detailed health questionnaires, as required by the UK Biobank data collection, and underwent a series of lung function tests by medical experts at UK Biobank assessment centers. The data was collected between 2006 and 2010.

This data allowed the researchers to conclude that each increase of fine particulate matter (PM2.5) in the participants’ homes corresponded to two years of ageing. Further, when the researchers statistically analyzed the prevalence of COPD, they found incontrovertible evidence that participants living in areas where fine particulate matter (PM2.5) was greater than the World Health Organization’s guidelines of 10 mcg/m³, COPD was four times greater than people living in less polluted areas, even when the participants in the less polluted areas were exposed to secondhand smoke in their homes. The research was published in the European Respiratory Journal.

Although it is known that lung function declines as we age, this study shows that air pollution hastens the ageing process and contributes to a variety of lung illnesses, particularly to COPD.

The Global Burden of Disease (GBD) has estimated that COPD is the third-leading cause of death worldwide. COPD is a long-term, irreversible condition, whose symptoms include inflammation in the lungs and a narrowing of the lung’s airways, which makes breathing difficult.

Although it may not be possible to move to a place with a low level of air pollution, some simple steps can be taken to mitigate against the damage of the polluted air surrounding our homes. For example, high-quality air cleaners inside the home can create a safe living environment.

Laurel Bay Health and Rehabilitation Center, in the scenic beach town of Keansburg, NJ, specializes in pulmonary care. Headed by leading pulmonary specialist Dr. Avtar Parhar, our program is the most highly advanced pulmonary rehabilitation program in Monmouth County. At Laurel Bay, we focus on restorative and preventive care for those who suffer with chronic respiratory disease.