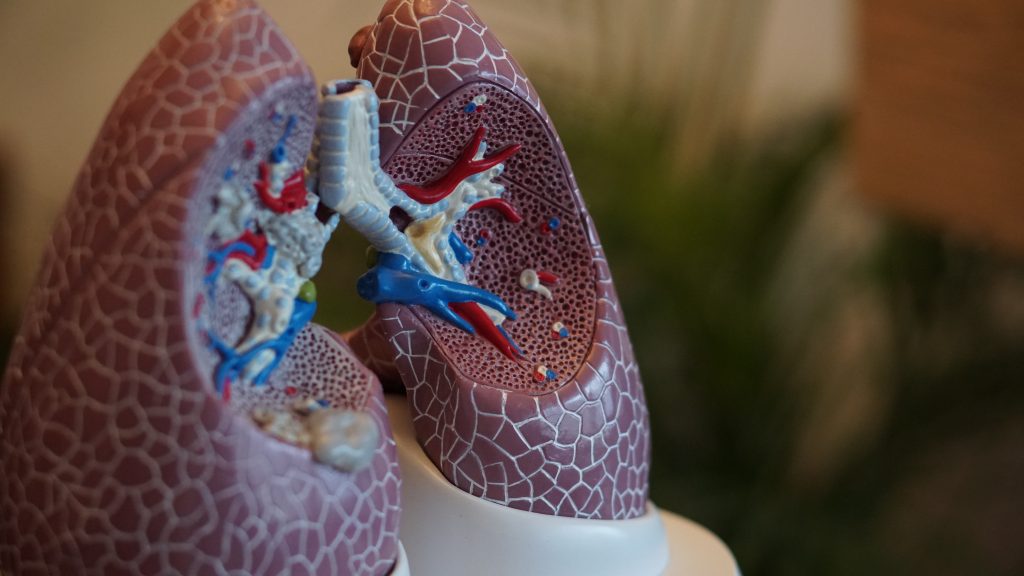 More than 5 million people are affected with pulmonary fibrosis (PF) worldwide. Pulmonary fibrosis is a progressive, fatal lung disease. Since the early stages of this disease are symptom-free, it is typically not diagnosed until permanent damage to the lungs has already occurred. Its prognosis is dire: there is no cure, and most patients die within five years of diagnosis.

PF is thought to be caused by exposure to toxic substances such as asbestos, toxic gas, and radiation treatment for lung cancer. Chronic inflammatory diseases or autoimmune diseases are also considered likely causes. Symptoms of PF usually start with shortness of breath. Over the course of time, this shortness of breath becomes increasingly severe.

Recently, however, Dr. Long Shuang Huang and a group of colleagues from the University of Illinois at Chicago (UIC) College of Medicine discovered a new protein molecule that appears to slow down the progression of this PF. The results of their research were published in the American Journal of Respiratory and Critical Care Medicine.

When measuring levels of LYCAT in the blood of individuals afflicted with PF, the researchers discovered that patients with the highest LYCAT levels had significantly better lung function than patients with lower LYCAT levels. Not only does this mean better quality of life for those with PF, higher LYCAT levels were also associated with greater life expectancy.

According to Dr. Huang, LYCAT was either acting in a protective way or activating a mechanism which slowed down the progress of PF. Dr. Huang and his colleagues hope that this new insight will lead to a new treatment for individuals afflicted with PF. In Dr. Huang’s words: “Boosting LYCAT levels in patients with pulmonary fibrosis may be a viable new therapeutic approach to treating the disease.”

To test this hypothesis the research team examined mice bred to develop scarring of their lung tissue. This group of mice was divided into two separate sets: one set had normal levels of LYCAT, and the second set was engineered to have high levels of the protein LYCAT.

Testing revealed that scar tissue developed far more slowly in the mice that were engineered to have high levels of LYCAT than in the mice with normal levels of this protein.

This potential breakthrough is especially important since there has been a dramatic rise in the number of cases of idiopathic pulmonary fibrosis.

While this breakthrough will take time to prove effective in humans, there is still much that a person with pulmonary fibrosis can do to help themselves. The most important is to find the best pulmonary care available. Laurel Bay Health and Rehabilitation Center, in the scenic beach town of Keansburg, NJ, specializes in pulmonary care. Headed by leading pulmonary specialist Dr. Avtar Parhar, our program is the most highly advanced pulmonary rehabilitation program in Monmouth County. At Laurel Bay, we focus on restorative and preventive care for those who suffer with chronic respiratory disease.